I was sitting on the floor against the right side of my bed, staring at it. I knew I was tripping.

I had to be tripping.

So I took another one, and two more after that.

They all said the same thing, so I called and made an appointment at the women's clinic on 4th.

That test was positive too, but I didn't stop there.

Seven test later, there was no denying it...

How could I be so stupid?!!! I never wanted kids. I didn't personally believe in abortion so what was I going to do?

My Grandma is gonna flip, my daddy is going to be disappointed. I don't want to be a single mom? *sighs*

I decided to keep it.

My daddy took me to every single appointment I had. I never told him I was pregnant, until I knew what I was having. Even if he knew I was, he just allowed me to tell him in my own time. The day I got the ultrasound pictures, I came out and told him he'd be a PawPaw again. He slid down the headphones that plugged into his CD player, and smiled really hard as he looked at the pictures. "That's nice."

My dad is a man of few words, but he was visibly overjoyed.

I had my FMLA taken care of at work, and it was time to go out on maternity leave. I just KNEW I was going to get a few days to myself to "babymoon." But nooooo SOMEBODY (my mama), wanted to make me walk at the park with my niece and nephew.

We walked a while and the kids played at the park. We got ready to go home and I made it clear that I wanted to go get food BEFORE I went home. For some reason we stopped at my moms house first. I was pissed because I was hungry, so I stayed in the car.

Then I caught a cramp.

As I continued to pout, I caught another cramp.

Ok, don't panic Chalina just see what happens in the next 8 mins.

I'll be John Brown in exactly 8 mins, I had another cramp.

I was in labor.

I started blowing the horn, my mom comes out fussing.

I told her I was having contractions, she got hype.

"Ok, start making phone calls..we are headed to the hospital!"

Ummmm ma, no we are not. I need to take a bath and I'm hungry. Ain't nobody trying to go have a baby stinking, that's nasty. And like I said I'm hungry. I wanna go home.

My mom looked at me like I was crazy, but she did it. She took me home. She said while I took a bath and got myself together, she'd go get my food. I liked her compromise, so I agreed.

I get in the shower, get out, pat dry, I finally felt refreshed.

Then I felt water trickle down my legs.

My water had broke.

I go get my swifter and bleach and proceed to clean up the bathroom.

SN: I had severe OCD when I was pregnant.

I get back in the shower, call my mom let her know that my water broke like 20 minutes ago and she starts to flip. I explained that I had to clean up, and that we are good. She comes back to pick me up, and do you know she did NOT have my food!!!! She said she was rushing back to get me! I was tight! I cried because I knew that once I got there, they wouldn't let me eat. Now I gotta starve til who knows when.

The day before effing Easter.

On the way there, I called my boyfriend at the time, and told him I was going into labor. This fool says "aww man, but it's March Madness!" Just know I read him until he got his behind to the hospital.

My baby sister was my rider. She held my hand the entire time. From the time I sat in that wheel chair, until that epidural kicked in. She said she it felt like her hand was breaking with each squeeze. She held me down while Bevis watched the games, and my mom called everyone.

It took forever to dilate to 10 centimeters. I was hungry, sleepy and I sucked at pushing. I was so over it. The doctor told me that if he didn't come out soon, I'd have to have a C-section.

And that's no shade to anyone that has had a cesarean, I was just scared to do it.

I pushed as hard as I could to get him down far enough to have the suction take over.

I was officially a mom.

This post was supposed to come on his birthday.

We had talked about his birthday and celebrated all month up until the day. I dropped him at school on the 22nd, later to realize I didn't tell him happy birthday.  What kind of mother was I? I felt awful.

I couldn't stay at work, I left to surprise him with lunch at school. His hug shoved away my guilt. It worked out perfectly.

Four days later, here we are.

Happy birthday to my sunshine on a cloudy day, my air when I can't breathe, my on call comedic relief, and the coolest dude in the world. I was restored when I had you. You forced me to grow up, to become a woman. You taught me the importance of being kind, and learning to relax. I love you more than I could ever put into words. Thank you for loving me, when I didn't deserve it. Thank you for rescuing me.

I've been a mom for a decade.

Thank you Lord for keeping me when I couldn't keep myself. Through my uncertainty, my doubt, my hurt, the bad decisions. Thank you for trusting me to care for him, for that alone I'll forever be grateful. 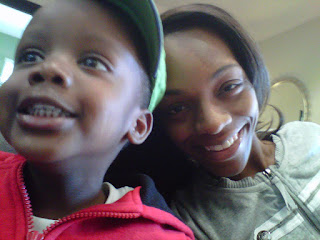 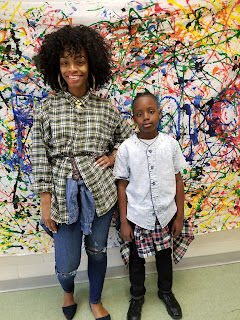 That One Time During The Summer...