He called me Domonique.

I was parked in front of his house, and we were saying our goodbyes. I sat inside the car with the window down, he stood at the door resting his arms on the window.

He was my first real boyfriend. The one that bought me things for my birthday, took me on dates, went on vacations with....you name it, we did it.

But he called me Domonique.

We dressed alike the majority of the time we dated in high school. Passed notes that I held onto for years. My senior book was decorated with our pictures, even the ones I had to tape back together, because my mom ripped them apart.

I got kicked out, and almost didn't make to prom because of our shenanigans, but our grandmas saved the day.

And this N-word called me Domonique.

Foolishly I dealt with this dude on and off for 6 years after high school, I loved him so much.  His mom paid for my ears to get pierced. I got wasted for the first time with him. He was the only person to have a special ringtone on my phone. Alicia Keys "My Boo" rang whenever he called.

I went to his court dates, I even rode the city bus to his house. I was soooooo stuck on this dude.

Then he called me Domonique.

I mean I knew he dated her, may have still been with her then. I just assumed I was special.  The one he could never let go of. I mean for petes sake I braided his hair!!! Didn't that mean something???!!!!

He was my poison. I'd go about my business for a while, then here he come with the "hey big head" and I was sucked right back in.

I know we've all been there....like YES God he does love me! LOL

That night I told him I'd see him later, as I was pulling off. He says...

I love you, Domonique.

Eyes wide I hit the brake and reversed so quick!

"Ummmmmm, who did you just call me?"

He apologized, says he does love me.

"Noooooo, you don't. And I asked you who did YOU just call Me, because it wasn't Lena"

He tried to get around it, told me to come back in the house so we could talk.

I told him to go F himself and sped off in my mamas car LOL.

Had to speed off because I felt the tears well up, I had to keep up appearances.

The stuff we be worried about, when our priorities aren't straight smh. 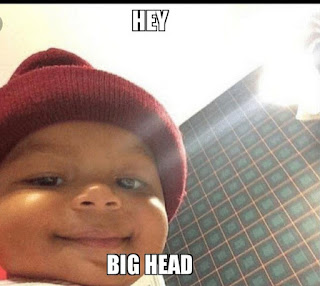